Need to create the perfect funnel?

Get the help you need and start generating quality leads!

A result driven page needs to be a single minded, specific page. Entice people to take the action you want them to take through effectively communicating your understanding of their needs & offering a solution.

In the world of digital marketing, we call lead magnets, “ethical bribes.”

A lead magnet, often in the form of an e-book, info graph or even video is a value based exchange for an email/contact etc.

Regardless of what platform you’re using to execute your funnel, you’ll need carefully crafted copy to convert.

To be successful, you can’t just throw in any type of copy; you need a hook, story and irresistible offer!

This is where you live online.

Your online business location is best equipped with what makes your customer comfortable. Build rapport, have a personality and most importantly make it worth their while (offer value)!

Without creating proper email campaigns you are leaving money on the table!

Right now, in 2020, email marketing remains the best way to convert and retain customers with an ROI of up to 4400%!

Getting exposure on your product listings means you have to make sure to include enough details.

By writing specifically to your USP you will discover the power of good branding. Brand voice is everything to your audience.

People don’t buy the ‘thing’ they by the experience, make it worth it!

Her HARD WORK didn't PAY OFF!

An extremely organized, highly ambitious, educated real estate agent named Kate worked hard trying to network and win leads. She decided to one-up her competitors and use the digital world to attract leads.

With that same ambition, she set up a website, Facebook page, took some fancy photos including a nice portrait shot, added a little text and she was set. She decided she’ll “boost” her Facebook posts, and BOOM reel in some serious leads.

She spent hours trying to create posts and create engagement, but no one really responded.  She also spent good money hiring the best web designer, photographer and making Zuckerberg richer.

Her “strategy” was incomplete. She never understood her customer end goal, or at the very least never communicated her knowledge of it. She lost money in being generic and only scraping off the top layer of digital marketing.

By using strategy and research, successful funnels are created and tweaked along the way. These small changes often make a dramatic, measurable difference.

Unfortunately, while time and money are obvious commitments in business, many choose to ignore strategy and start the process by taking a shot in the dark.  Many think that shot in the dark IS strategy, but it’s not. Maybe you already learned that lesson?

Knowledge! Use those that know, study and understand the process. So instead of focusing on stuff Kate doesn’t actually know, she can focus on what she DOES know and offer the ultimate experience to her clients.

A copywriter is needed in every stage of the customer journey. By using proven, scientific sales strategies ; my job is turn prospects into raving customers!

Businesses enlist my services because they realize success lies in seeking professionals for optimal gains. Otherwise they will inevitably sacrifice standards and fail to produce anything worth keeping your ideal client’s attention.

For my clients, being able to trust my copywriting craft, through understanding their customers and aligning their voice to their customer needs is powerful!

It is life changing – for them and their customer.

IF this is you...
You're Losing money

I encounter many business owners that think knowing English can translate into sales worthy copy. Or worse, they spend their time and hard earn money hiring someone simply because they’re “cheap.”

It never pays off!

The copy you put our there is everything you are as a business. It is everything potential customers will learn to love (or hate) about your company. It is the height of business strategy and requires careful thought. 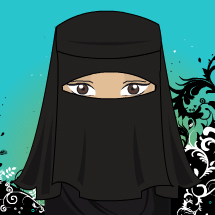 I am a digital marketer with certifications and hands-on experience in email marketing, e-commerce, content marketing, PPC, funnels and of course persuasive copywriting. I have been copywriting for over 7 year and love it!

I like to think of myself as a truth marketer. No lying, just leveraging the value you already have, so interested customers will truly understand your worth and commit.

What are your business goals? Send me a quick message and let me know below: 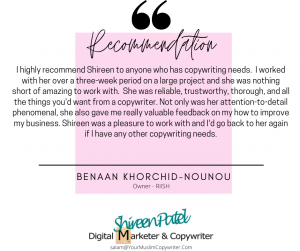 My Facebook (@YourMuslimCopywriter) reviews have been giving me some trouble! Some reviews suddenly disappeared, apparently I’m not the first to experience this. 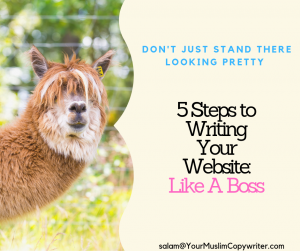 Use your website to draw traffic that converts, and make an impression on your audience!

Some clients I have had the honour of working with! 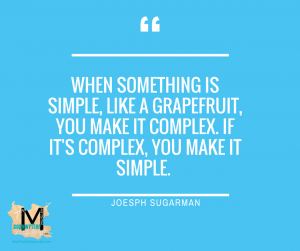 How to Present Your Product or Service

Have you ever sat in a room or at the table … somewhere, anywhere – with a bunch of people speaking the

Any cookies that may not be particularly necessary for the website to function and is used specifically to collect user personal data via analytics, ads, other embedded contents are termed as non-necessary cookies. It is mandatory to procure user consent prior to running these cookies on your website.